Data breaches are nothing new, yet they are never good news. A Lumin PDF security breach in 2019 left many users wondering if Lumin PDF is safe. So, how secure is Lumin PDF? And is the Lumin PDF mobile app safer or is the Lumin PDF editor safe in the web browser, as well?

In a slew of hacker attacks in 2019, cloud-based editing platform Lumin PDF was targeted alongside other large companies and a portion of its database was breached. Ultimately no sensitive user data was compromised, but what has the company changed to prevent a similar breach from happening in the future? We’ll dig into that question and explore how safe your data is in Lumin PDF.

The Lumin PDF data breach and why it happened

Cybercriminals are growing more sophisticated in their tactics to overcome security measures. Data platform Statista reports that 2019 was the biggest year for cyberattacks on the record. A massive 400 billion user records had been compromised by cybercriminals by the end of the year. Among the companies hit were Amazon, Apple, and two third-party data collection providers for Facebook. By comparison, 85.6 million records were exposed in 2014. In spite of evolving security, hackers pose an even bigger threat now than ever.

Many of the attacks that were carried out in 2019 occurred in companies that had been using the MongoDB data storage platform. This platform is widely used by well-known companies from many industries because of its benefits in flexibility, scalability, and query performance.

Yet in the wake of this string of attacks, it became clear that these organizations’ trust in the MongoDB database was misplaced. MongoDB continued to offer a version running outdated instances, meaning that organizations had unintentionally left their servers exposed at some points.

It was these old instances, deployed on the cloud, that weakened the security stance of hacked companies, says Victor Gevers, a GDI Foundation security researcher. "The Mongo databases most vulnerable to attacks are located on the AWS platform," explained Gevers. "About 78% of all these hosts were running known vulnerable versions that are older DB instances." Lack of authentication when operating in shared mode was another problem. 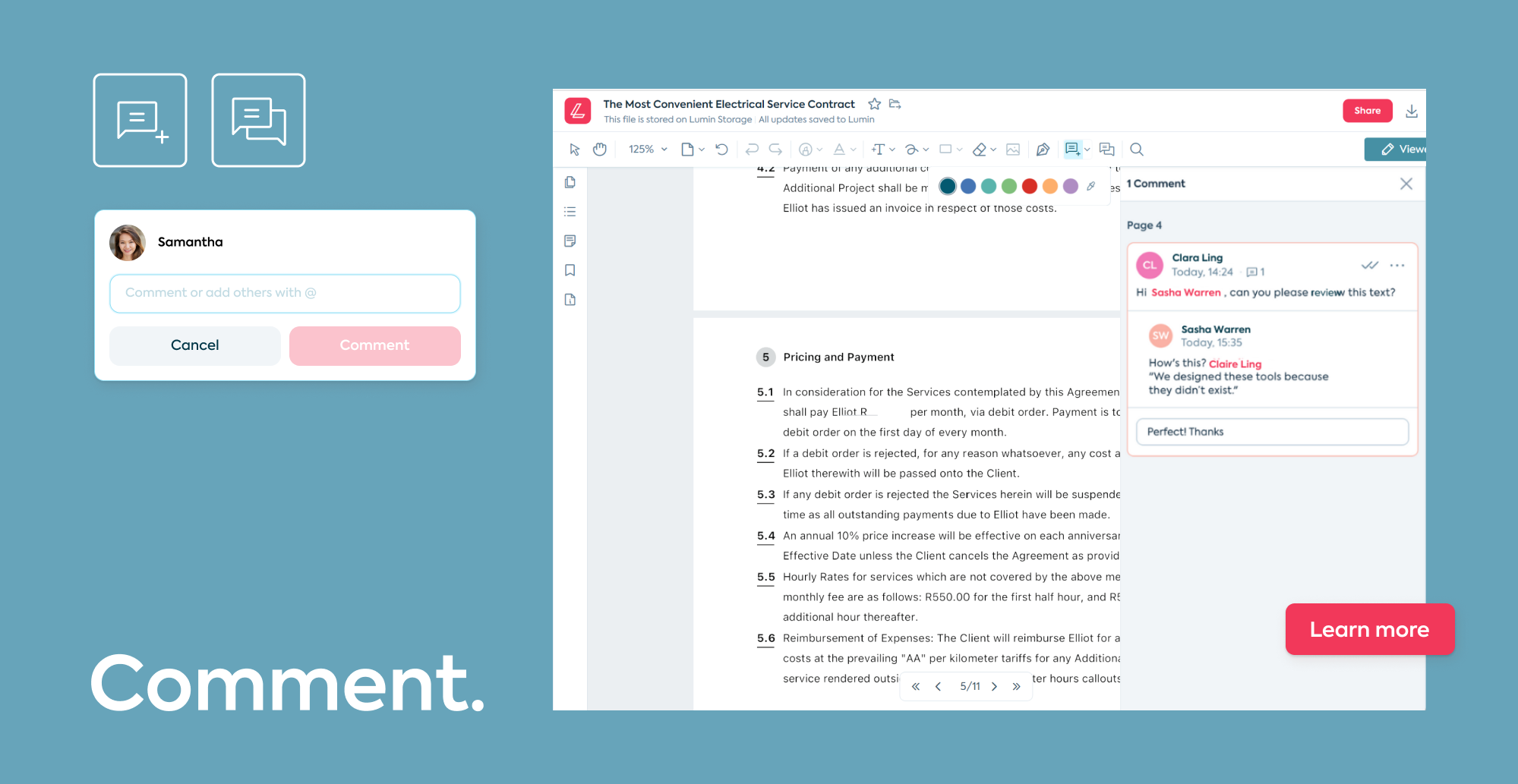 These failings were eventually revealed, but only after hackers had already successfully attacked dozens of companies. The pattern of the attack was the same in nearly every case: the hackers first copied the user data to which they had gained access. Then they deleted the original data from the targeted server and demanded payment in Bitcoin in exchange for returning the data to companies. The data of over 800 million users was essentially held hostage in this way. However, the hackers had more tricks up their sleeve.

Many companies paid the ransom immediately and some of them received their data, as promised. Others did not. The cybercriminals behind the attacks were extorting huge sums of money from desperate companies and leaving the databases of those companies as empty as before. Once news spread of this trick, companies that had been newly attacked began to rethink paying the Bitcoin ransom. Some of them outright refused. Lumin PDF had only non-sensitive user data like name and gender exposed to hackers. The hackers were not able to delete Lumin PDF sensitive data in the security breach. Knowing this, the company made a choice to not cooperate with the hackers.

Following the Lumin PDF data breach, the company has ramped up its security to ensure continued protection for user data. CEO Max Ferguson stresses that Lumin PDF’s safety commitment to users is strong.

"We are continually thinking about how to better protect our data, using techniques like encryption and role-based access control," says Max Ferguson, CEO of Lumin PDF. "Our first move was to implement a multi-layered strategy where data is protected by many strong layers of security technology. Many of the targeted companies are doing the same."

Lumin PDF’s new security stance involves additional measures to secure both users’ personal accounts and the company servers. These include:

With these measures added on top of Lumin PDF’s original security measures, users can use the Lumin PDF viewer safely both on their web browsers and via mobile app.

Digital technology and risk go hand in hand. That’s a fact of the digital world, regardless of security measures in place. Cybercriminals evolve their tactics quickly, which is why cyberattacks continue to happen in spite of security measures. However, there are steps all users can take to ensure the least risk to their data. It’s important to evaluate the security stances of cloud platforms you use and opt for those that frequently review their policies. Lumin PDF has proven the strength of its commitment to transparency and security with its strengthened security policy.

How to Lumin-ize your family: a guide for parents and kids

Go onto any family computer and you are likely to see Microsoft Word, PowerPoint and Excel.

Read more How to Lumin-ize your family: a guide for parents and kids

Here's what you get with Lumin PDF.

Edit, view, share and collaborate with Lumin, a comprehensive solution for document editing, cloud collaboration, and project management - all from one intuitive, user-friendly interface.

Read more Here's what you get with Lumin PDF.

How to e-Sign a Document In 90 Seconds

With nearly every aspect of business digitized, it’s almost crazy that most professionals are still signing documents the old-fashioned way. Yet time and time again, you’re subjected to document gymnastics every time you need to sign off on a digital document. PDF is the most common file type for contracts that are delivered virtually, but signing off on them can feel more complicated than the contract itself!

Read more How to e-Sign a Document In 90 Seconds

Whether you work in marketing, sales, law or any other profession that delivers services to others, you have most likely had to deal with the drawing up, organization and storage of client documentation.

How to convert google docs into PDFs with Lumin

Google Docs is a free web service from Google that is almost as powerful as MS Word, and in many ways surpasses it.

Read more How to convert google docs into PDFs with Lumin

How to secure your documents online

Security breaches can be devastating for businesses, whether it involves sensitive customer information being held ransom or used to provide competitors with an advantage. Sensitive data leaks can harm or even destroy a company's brand through the loss of customer trust, or through any fines accrued by the failure to abide by compliance frameworks.In this article, we outline processes you can follow to keep your documents and sensitive information safe.

Read more How to secure your documents online

How to Lumin-ize your family: a guide for parents and kids

Go onto any family computer and you are likely to see Microsoft Word, PowerPoint and Excel.

Read more How to Lumin-ize your family: a guide for parents and kids

Here's what you get with Lumin PDF.

Edit, view, share and collaborate with Lumin, a comprehensive solution for document editing, cloud collaboration, and project management - all from one intuitive, user-friendly interface.

Read more Here's what you get with Lumin PDF.